Sharing knowledge so you can be successful in life

Having your Mother, Grandmother or Aunt make their Favorite Receipe.

Everyone, Let's hold Hands Together, Let's Give Thanks To The Lord.

Sharing a Meal with Family and Friends is GOOD for the Heart and Soul.

Taking Pictures of that SPECIAL MOMENT and Hugs are GREAT TOO !!!

After Making Homemade Icecream Together, Let's Share a Bowl Together.   :)

This is other WebLinks to KEEP up with Mary Jordan.

www.facebook.com/myamericanvoicecounts          You can ADD to weblink for FREE for 365 Days a Year....Share/ADD your Thoughts on Family; Business; Traveling; Entertainment; Stories about Fast Cars; New Recipes for Parties; Breaking News; Anything Political; Shopping, Social Networking; Finance; Photos..Videos..Music...Share Anything under The Sun. Sharing Information Around The World. Be Creative!!!        Inner Strength Through Knowledge....Mary Jordan          :)

Want To GO Traveling With ME ??? Instead of reading your vacation from a Postcard or looking at a video from www.youtube.com     Lets take a trip to some Historic Sites. There are all kinds of Traveling, from outdoor Recreation, Canyons, Mountains and lets not forget the Forests or the Coastlines, at the end of the day, a Great Meal and maybe some Chocolate Layered Fudge Cake. I'm ready to GO, so how about YOU !!!

Remember:  If you CAN Imagine it, YOU can Visit IT:)

The HSUS | Get web badges

Everyday when I wakeup to this America. I am truly Happy to be in the LAND OF THE FREE.

Everyday I SMILE, MAKE FRIENDS and GIVE THANKS TO THE LORD. Thank You for My HEALTH, FAMILY and MY PETS.

THANK YOU For MY BUSINESS, WEBSITE Through This I WILL SPREAD THE WORD Of MY KNOWLEDGE  WITHIN MYSELF IN HELPING YOU.

Remember God is Watching US IN A DISTANCE.

The Lord is my shepherd; I shall not want.

He maketh me to lie down in green pastures: he leadeth me beside the still waters.

He restoreth my soul: he leadeth me in the paths of righteousness for his name's sake.

Yea, though I walk through the valley of the shadow of death, I will fear no evil: for thou art with me; thy rod and thy staff they comfort me.

Thou preparest a table before me in the presence of mine emenies : thou anointest my head with oil: my cup runneth over.

Surely goodness and mercy shall follow me all the days of my life: and I will dwell in the house of the LORD  for ever.

Create Positive, Trustworthy, Worldwide Blogs and Websites
by Mary Jordan over a year ago

Madrid, Spain
by Mary Jordan over a year ago

Need to know if "I" could Survive in the "Wilderness".
by Mary Jordan over a year ago

I want something "TASTY" for Dinner.
by Mary Jordan over a year ago
More...
Cowboy Boots 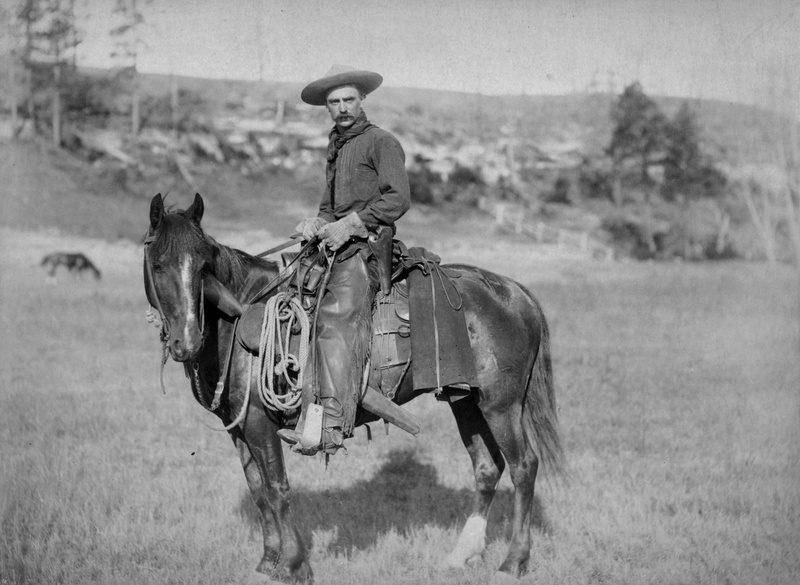 Cowboy boots are comfortable to wear. Date back to the 16th century. Cowboys boots are made with cow hide, exotic skins such as...lizard, elk, buffalo, snake, ostrich, eel, elephant, stringray, or alligator.

Vaqueros were the first cowboys of the open range.

Vaqueros were proverbial cowboys, entremely rough, hard working metizos who were hired by criollo cab alleros to drive cattle between New Mexico and Mexico City and later between Texas and Mexico City.

The title, through denoting a separate social class, is similar to caballero, and is a mark of pride. Vaquero is a transliternation of the words "cow" and "man". Vac means "cow". Interesting enough, in Spanish, we call ourselves cowmen, in English, it was demoted to "Cowboys".

In the United States, you have learned about being a "Cowmen" or "Cowboy" from the Vaquero. Driving cattle, rough, hard working, worked in the rain, sleet, snow, hot sun. When on a cattle drive they would ride their horses day on end. Sometimes, no food, water. When they were sick they still rode their horses. Trying to get their cattle to the destination.

History of the Cowboys

In 1821, Anglo settlers arrived in Texas and became the first English speaking Mexicans in the territory. Led by Stephen F. Austin, they arrived in San Felipe de Austin, Texas. To take advantage of the vast expanse of cattle, free for the taking.

There were millions of longhorns cattle in the brush county of Texas that were loose, strayed, and had multiplied. All new settlers had to do was round up the cattle. The settlers would try to round up the cattle, trying not to get hurt. They could get trampled, gord or they could fall off their horses and parish.

Vaqueros were rounding up cattle for 223 years, since 1596, when don Juan de Onate, one of the four richest men in New Spain (present day, New Mexico) sent an expedition across the Rio Grande River into New Mexico. Ornate spent over a million dollars finding the expedition and brought some 7,000 animals to the present day United States. It eventually paid off the first gold to come from the west it was not gold it was cattle.

The wool bearing sheep and the long horned livestock.

The wool was good to make clothing and all kinds of textiles.

Riding boots had been apart of the equestian life for centuries. When the industrial age was around boots were custom made by a cobbler. Different styles, cultures dictated the style of the boot footwear.

Early cowboy boots designs, were greatly influenced by Vaquero tradition imported from Spain, came to the Americas. 16th century, boots dated back until that era.

Military boots, calvary designs also had an influence on boots.

What are cowboy good for ?

The cowboy boots helped protect men, women children against rattlesnakes, brush, rocks, thorns, trees. Trying to herd cattle through rivers, creeks, open range, snow, ice, rain, sleet or hot sun. The high top of the boots were good because the water wouldn't get into the boots. Causing the cowboy to have wet feet while they did challenging work on a ranch.

The classic style is distinguished by a tall boot shaft, going to at least mid calf, with a angled cowboy heel, usually over one inch high. A slightly lower, still angled walking heel is also common. Although western boots can be customized with a wide variety of shapes, the classic design is a narrowed, usually pointed toe.

How To Choose Cowboy Boots

1. Decide what you be using boots for. Working in your yard, ranch, riding motor cycles, riding horses, dancing, parties.

When shopping on the internet, malls, department stores make sure ask about the return policy. As you wear the boots a day or two the boots might not fit your feet like you would like or may not fit tour calf right. The boots may be too narrow and blisters on your toes. Make sure you cut your toenails prior to wearing boots. Wear thin socks or thicker ones, which ever are more comfortable to your feet.

3. Determine what you would like boots to be made of. There are several different materials boots are made of. Leather is soft and more durable. Genuine leather  may cost more, but in the long run, the boots will last years.

Cowboy boots can be made with ostrich, rattlesnake, crocodile skin. The more luxury boots can be expensive. The cost may range from $200.00 through $13,000 dollars for one pair of boots.

4. Decide if you would like pointed, round or square. The toe of the boot is your personal choice.

6. Select the heel length. Western type boots come in many lengths, including stilettos.

Keeping in mind when purchasing boots, if going dancing or using boots for the office you may want a lower heel. Riding horses at a rodeo you may want to purchase a higher heel.

Come Back And JOIN ME Again

Oops! This site has expired.

If you are the site owner, please renew your premium subscription or contact support.