Sharing knowledge so you can be successful in life

Having your Mother, Grandmother or Aunt make their Favorite Receipe.

Everyone, Let's hold Hands Together, Let's Give Thanks To The Lord.

Sharing a Meal with Family and Friends is GOOD for the Heart and Soul.

Taking Pictures of that SPECIAL MOMENT and Hugs are GREAT TOO !!!

After Making Homemade Icecream Together, Let's Share a Bowl Together.   :)

This is other WebLinks to KEEP up with Mary Jordan.

www.facebook.com/myamericanvoicecounts          You can ADD to weblink for FREE for 365 Days a Year....Share/ADD your Thoughts on Family; Business; Traveling; Entertainment; Stories about Fast Cars; New Recipes for Parties; Breaking News; Anything Political; Shopping, Social Networking; Finance; Photos..Videos..Music...Share Anything under The Sun. Sharing Information Around The World. Be Creative!!!        Inner Strength Through Knowledge....Mary Jordan          :)

Want To GO Traveling With ME ??? Instead of reading your vacation from a Postcard or looking at a video from www.youtube.com     Lets take a trip to some Historic Sites. There are all kinds of Traveling, from outdoor Recreation, Canyons, Mountains and lets not forget the Forests or the Coastlines, at the end of the day, a Great Meal and maybe some Chocolate Layered Fudge Cake. I'm ready to GO, so how about YOU !!!

Remember:  If you CAN Imagine it, YOU can Visit IT:)

The HSUS | Get web badges

Everyday when I wakeup to this America. I am truly Happy to be in the LAND OF THE FREE.

Everyday I SMILE, MAKE FRIENDS and GIVE THANKS TO THE LORD. Thank You for My HEALTH, FAMILY and MY PETS.

THANK YOU For MY BUSINESS, WEBSITE Through This I WILL SPREAD THE WORD Of MY KNOWLEDGE  WITHIN MYSELF IN HELPING YOU.

Remember God is Watching US IN A DISTANCE.

The Lord is my shepherd; I shall not want.

He maketh me to lie down in green pastures: he leadeth me beside the still waters.

He restoreth my soul: he leadeth me in the paths of righteousness for his name's sake.

Yea, though I walk through the valley of the shadow of death, I will fear no evil: for thou art with me; thy rod and thy staff they comfort me.

Thou preparest a table before me in the presence of mine emenies : thou anointest my head with oil: my cup runneth over.

Surely goodness and mercy shall follow me all the days of my life: and I will dwell in the house of the LORD  for ever.

Create Positive, Trustworthy, Worldwide Blogs and Websites
by Mary Jordan over a year ago

Madrid, Spain
by Mary Jordan over a year ago

Need to know if "I" could Survive in the "Wilderness".
by Mary Jordan over a year ago

I want something "TASTY" for Dinner.
by Mary Jordan over a year ago
More...
Metal

Any of a class of chemical elements, as iron, gold, aluminum..... generally characterized by ductility, luster, conductivity of heat and electricity, and the ability to replace the hydrogen of an acid to form a salt. 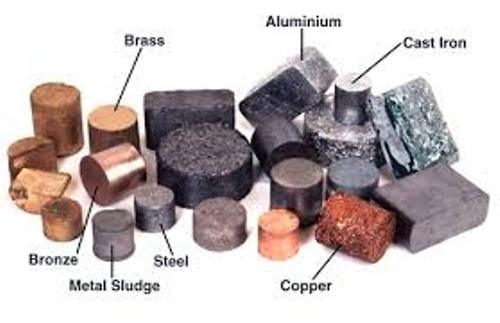 Over the last 100 years South Africa has the biggest producer of gold. In recent times however it has surpassed China.

Throughout history Gold has often been a symbol for wealth.

Gold is the popular metals for investments.

The price of Gold fluctuates and is often linked to major economic events.

There is a monetary system called the The "Gold Standard" which fixes a unit of money to a certain weight of Gold.

Over the years Gold has been used to create expensive jewelry, coins, and various forms of art such as the Egyptian pharaoh Tutankhamun's famous burial mask. In modern times it also been used for things such as electronics and denistry.

Injectable Gold has been proven to reduce pain and in patients suffering from tuberculosis and rheomatuid arthritus.

Gold is a popular choice when it comes to rewarding achievement medals, statues, and trophies. Academy Awards, Olympic  and Noble Prize winners all receive golden items in recognition of their achievements.

Steel is an important alloy combination of metals that is created from a mixture of metals, mostly iron. There are many different types of steel including stainless steel, galvanized steel and carbon steel.

Bronze is a metal ally made from copper and tin. Copper makes up the larger amount usually 80 to 95%.

Gold is a chemical element. Its chemical symbol is Av and its atomic number is 79.

Compound to other metals, gold is less chemically reactive.

Gold is a good conductor of electricity and heat.

Gold is malleable enough for 1 gram to be hammered into a sheet 1 square meter in size. It can also be made so thin that it appears transparent.

Due to similiar appearance to gold, the mineral pirite has the nickname "Fool's Gold".

The amount of gold in various alloys a combination of gold and other metal such as silver, is measured in carats (k) pure gold is 24 k.

Silver is a chemical element. Its chemical symbol is Ag and atomic number is 47.

Silver is soft, shiny metal that is a good conductor of electricity.

Silver is precious metal has been used for many years to make fine pieces of jewelry, coins, utensils, various pieces of art.

In modern times silver is also used in denistry, photography, mirrors and in  a number of industrial applications that make use of its unique properties.

You may have heard of the term sterling silver, this is the name given to an alloy (combinationof metals) that is at least 92.5% silver weight. The other 7.5% made up of other mteals, usually copper.

Silver is found naturally by itself, as an alloy with gold or in an ore (a rock containing various metals & elements) Silver is often found in copper & lead ores.

Iron is a chemical element & metal.It's chemical symbol is Fe & its atomis number is 26.

When iron & oxygen react is the presence of water or moisture rust (iron oxide)is formed. You might have noticed your bike chain (or other parts) rusting. Another word for rust corrosion, which describes the disintegration of materials such as iron & steel.

Because iron oxidizes so easily, it is rarely found in a pure metal form on earth's surface. It is instead removed from area (rocks containing important minerals & elements.

Iron is the most common element in the earth's crust. Making up around 5% of the total (usually found as iron oxide in minerals like hematite.

The earth's core is thought to be made up of iron nickel alloy.

Gas giant plants such as Saturn & Jupiter have cores that are rich in iron.

Iron is the 6th most common element found in the universe.

Steel is well known & commonly used alloy made from iron & a small amount of carbon (or sometimes other elements). The amount of carbon is small (usually between 0.2%) but it makes a huge difference in strength.

Cast iron is a type of iron that conatains carbon, silicon & small amount of manganese. It was used in earlier times to build structures like cast iron bridges. Wrought iron tools & weapons were first made from iron & steel.

In 2006, China was the world's largest producer of iron making up around 33% of the world's total production.

Machines, vehicles, building structures are commonly built from iron (usually in the form of steel).

To prevent iron & steel suffering from rust damage, they can be painted, coated with with plastic, galvanized in the form of hemoglobin. Iron deficiency can be quite common (especially among women) symptoms including fatique & weakness.

Lithium (Li) Atomic number 3. Under normal conditions lithium is is the lightest of them all.

Sodium (N9) Atomic number 11 Sodium is a silvery white metal that is soft enough to be cut with a knife at room temperature.

Potassium (K) Atomic number 19 Potassium only occurs in nature as ionic salt. It is found as part of minerals & dissolved in sea water.

Rubidiom (Rb) Atomic number 37 Rubidiom was discovered in 1861. It gives a reddish violet color when burned in a flame.

Caesium (C) Atomic number 55 Caesium has a melting point of 28% C  (83 F) is one of only 5 metals that are liquid at or near temperature, temperature (the others being mercury, franicium, gallium, rubidiom.

Steel is not a single product, there are more than 3,500 different grades of steel with different physical, chemical & environmental  properties. Approximately 75% of modern steels have been developed in the past 20 years.

If the Eiffel Tower were to be rebuilt today, the engineers would only need one-third of the steel that was originally used.

Modern cars are built with new steels that are stronger but up to 25% lighter than in the past.

Is steel environmentally friendly & sustainable ? Steel is very friendly to the environment. It is completely recyclable, posses great durability and compared to other materials, requires relatively low amounts of energy to produced. Innovative lightweight steel construction (such as in automobile & rail vehicle construction) help to save energy & resources.

The steel industry has made immerse efforts to limit environmental pollution in the last decades. Energy consumption & carbon dioxide emission have been decreased to half of what thet were in the 1960s. Due to emissions have been reduced by even MORE.

Can steel be recycled ? YES, very easily. Steel's unique magnetic properties make it easy material to recover from waste stream to be recycled. The properties of steel remain unchanged no matter how many times the steel is recycled. The electric production can use exclusively recycled steel.

Come Back And Join Me Again.

Oops! This site has expired.

If you are the site owner, please renew your premium subscription or contact support.